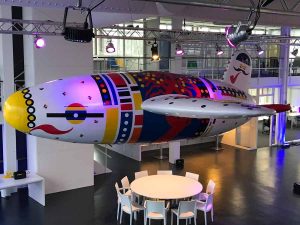 Commissioned by the province of Drenthe.

On September 5th 2017, it was exactly 25 years ago since toyism was founded. The former Rijksluchtvaartschool (RLS1957) was a beautiful location for a anniversary party and a retrospective exhibition. The RLS1957 was designed by architect Pierre Cuypers Jr. in cooperation with F.P. Glastra van Loon and Bart van der Leck. Van der Leck was a member of the art movement De Stijl. Today the RLS1957 is still an icon of this art movement. In 2017 it was a hundred years ago that De Stijl was launched.

During the exhibition a sculpture was made, commissioned by the province of Drenthe, and painted by several toyists.  A cross between an airplane and a zeppelin, approximately 6 meters long and 6 meters wide, which was suspended from the ceiling of the RLS1957 after completion. In order to express the history of the National Aviation School in this form and to reflect the characteristics of De Stijl (100 years) in the painting. The sculpture has two very different sides. One side is toyism, the other side represents the art movement De Stijl.

The Flying Dutchman is owned by the Province of Drenthe and can be seen permanently in the RLS1957 in Eelde.

De Stijl
De Stijl side only has the characteristic colours of the movement, red, blue, yellow and black and white. In the middle of the aircraft a tree can be seen, it is a reference to the trees of Mondriaan. On the keel, at the back of the plane, is a pipe smoking figure. A reference to Theo van Doesburg, Bart van der Leck and Piet Mondriaan, all members of De Stijl, who all smoked pipe.

Toyism
On the toyism side, there are no restrictions in the use of colour. Several swans fly along with the airplane or go along as a passenger. The swan is a reference to a famous KLM advertising commercial and in this case also the building itself (lots of KLM pilots have had their training here). And who can spot the KLM logo? Furthermore, the stripes on the front stand for the different ranks of a pilot. 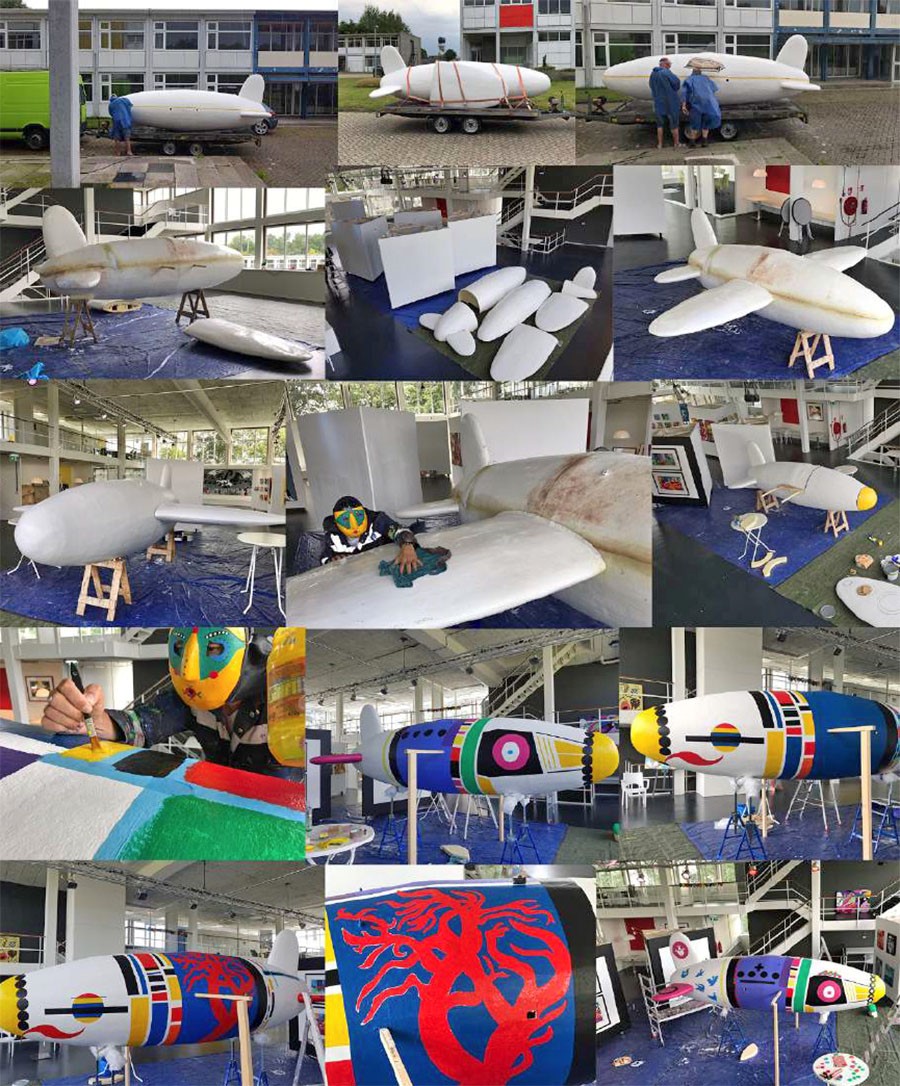 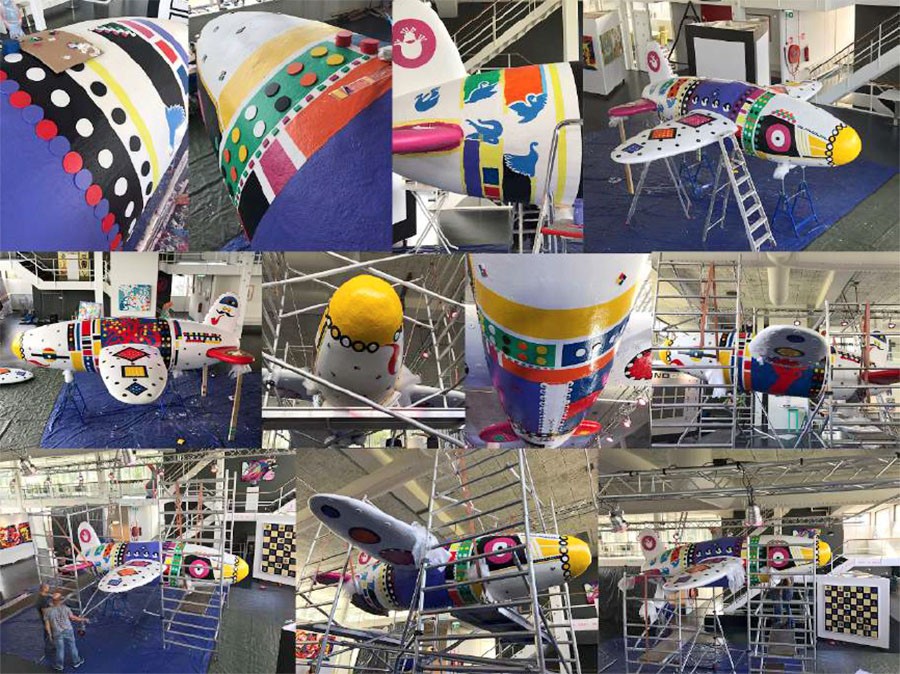 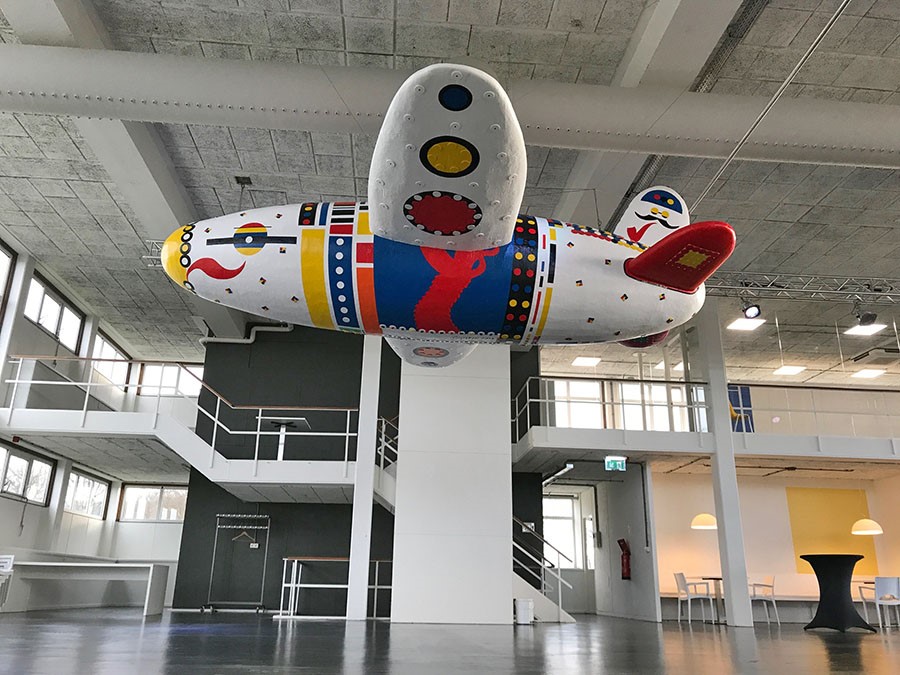